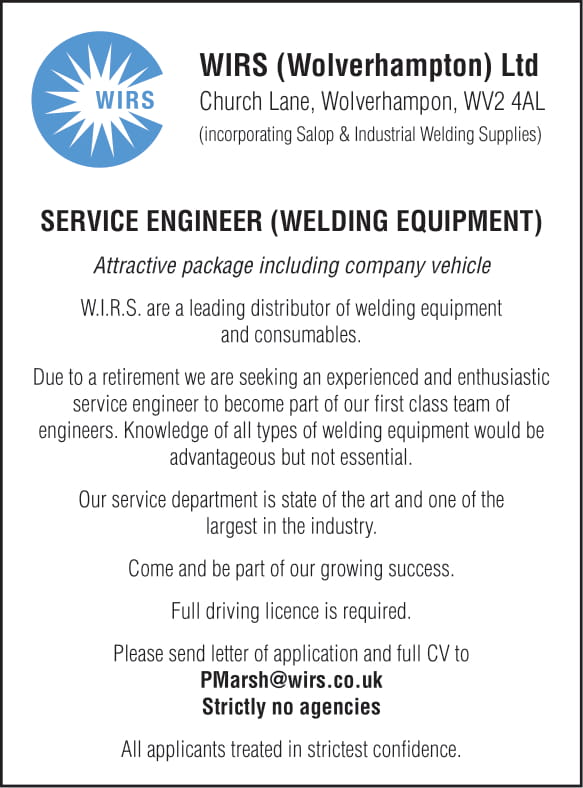 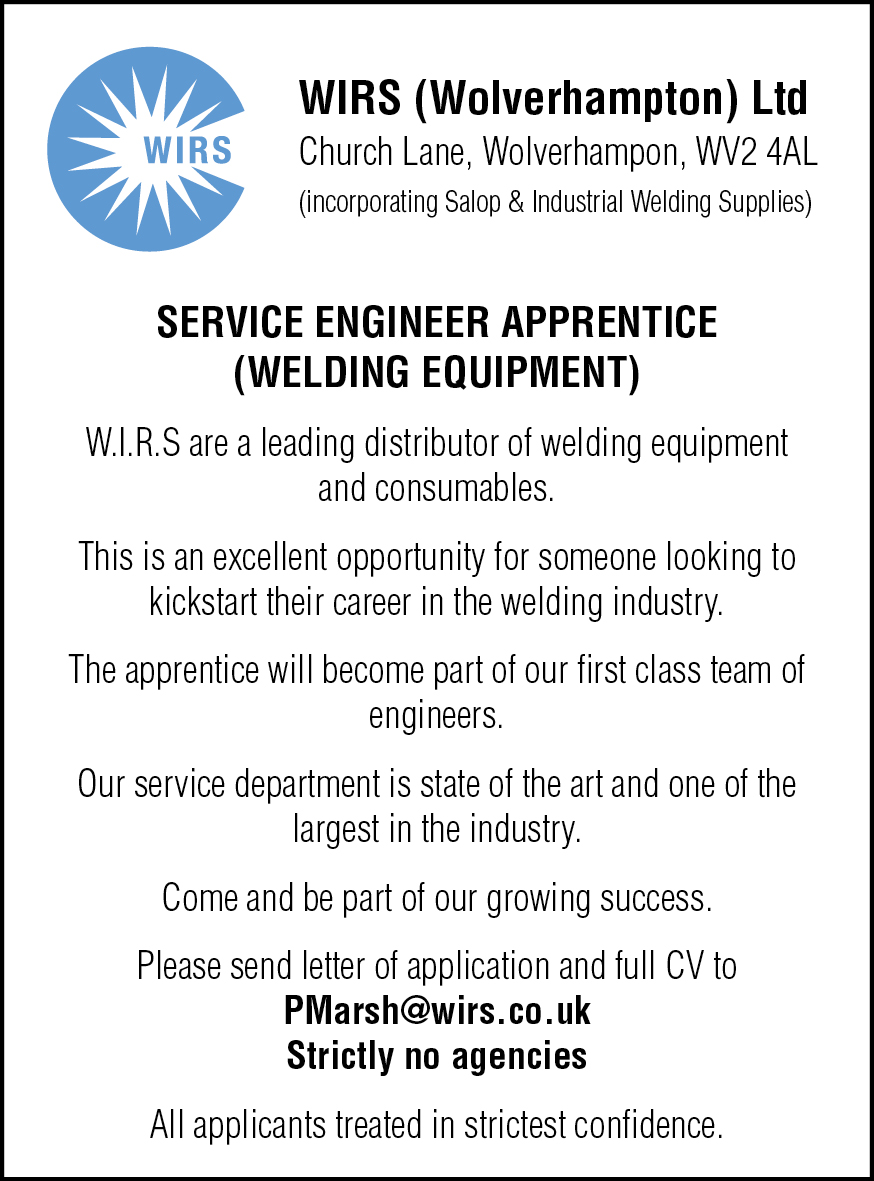 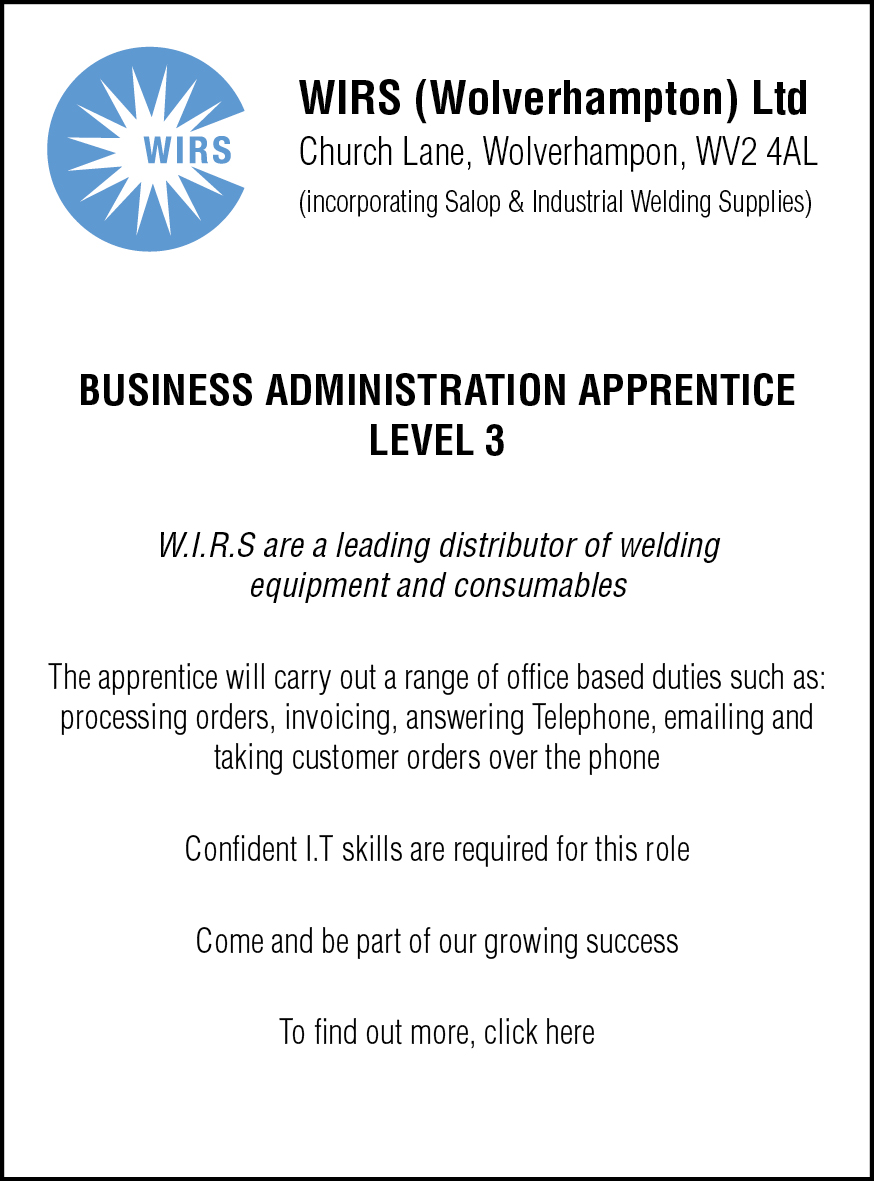 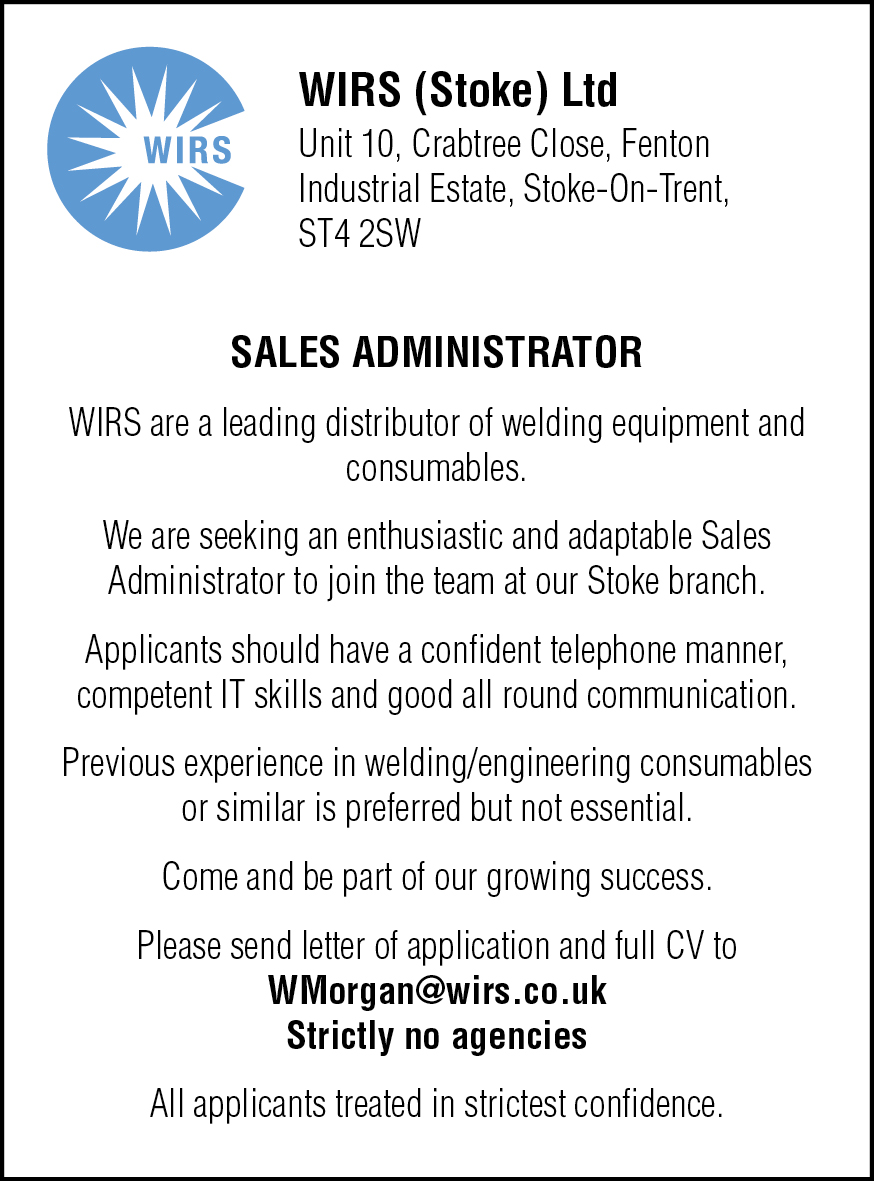 WIRS was founded in 1965 by Walter Hayward and Alfred Tanner to supply the welding and engineering industries with a comprehensive range of quality cutting and welding equipment, consumables and allied accessories. Four years later, following the success of the Wolverhampton operation, a branch office and stores was opened in Stoke on Trent, which has more recently been re-sited in new warehouse and offices in Crabtree Close, Fenton, Stoke on Trent. During 1987 John Brain, the current managing Director, joined the WIRS board and under his direction the company has continued to grow in strength to become one of the major welding equipment and engineering distributor outlets in the UK. The new millennium was celebrated with the opening of 9,500 square foot operating facility adjoining its existing 7,500 square foot warehouse and head office, situated alongside the main Wolverhampton ring road and close to the major motorway network system. The new building incorporates additional bulk storage facilities, large product display area, demonstration area and a first class fully equipped service / repair department.

In June 2007 Salop Industrial and Welding Supplies, based in Shawbury near Shrewsbury, was acquired by the Company in order to develop the business in the Shropshire and Mid Wales area and moved into newly built premises on Battlefield Enterprise Park, Shrewsbury in late 2008.

Companies represented by WIRS include 3M, Binzel, ITW Welding Products, Nederman, Kemper, SIA Abrasives, Bohler Welding Group and Hyundai with both ITW and Nederman awarding the company UK top distributor awards for three consecutive years. WIRS are also one of the only two approved service centres in the UK for 3M powered air equipment. WIRS (Wolverhampton) Limited is a quality approved company achieving BSEN IS0 9001:2000 approval as a stockist and distributor of welding equipment and consumables, service, calibration, hire, and repair of welding equipment, copies of our certificates are available upon request. In recent years we have invested heavily in updating our computerised systems manned by our skilled internal sales team who ensure your requirements are speedily dealt with. The huge success of the company is due to its ability to respond to customer’s urgent requests as and when they occur, whether it is a product supply request or a request for a machine service engineer. WIRS prides itself with being able to respond the same day or within 24 hours from our stock of 3,500 line items using our own fleet of delivery vehicles or specially selected carriers. Our service engineers are fully trained and highly skilled, each being mobile to enable repair work to be carried out on the customer’s premises or if necessary to be carried out in our purpose built, fully equipped service / repair department. Now celebrating our 50th year anniversary WIRS (Wolverhampton) Limited, has become recognised as a leading supplier of welding equipment with undisputed reputation for quality and service.